The ASPCA Adoption Center's successful fee-waived program began in September 2008 when it launched a "Free Over Three" promotion for cats three years and older. Not only did cat adoptions soar during the period, but there were dramatic increases in weekday traffic and overall adoptions as well.

The ASPCA Onyx and Breezy Shefts Adoption Center, located on Manhattan's Upper East Side, is a spacious, state-of-the-art shelter with veterinarians and behavior counselors on staff. In 2014, the Adoption Center found homes for 3,800 animals.

ASPCA Senior Vice President Gail Buchwald learned about fee-waived research debunking the myth that adoption fees are necessary to secure quality homes for animals, so she decided to try a free cat promotion at the Adoption Center.

Every other procedure in the adoption process remained the same and "Free Over Three" was widely promoted on the ASPCA website and through the media.

The number of visitors to the Adoption Center increased dramatically, as did adoptions of all animals. Follow-up calls to fee-waived adopters showed no difference in the way those cats were being treated as compared to those adopted with a fee. The promotion proved to be so successful that cats over the age of three are now always free at the Adoption Center.

The ASPCA Adoption Center also added a "Free Over 1" for cats Monday through Thursday to help drive weekday traffic and an "Adopt 1, Get 2" promotion for cats and kittens, where an adopter pays one adoption fee for two cats or two kittens.

Why Fee-waived Works for the Adoption Center

The ASPCA Adoption Center found homes for 49 cats over three years of age during the initial 9-day promotion – a whopping 226% increase over the same period the previous year. Additionally, the agency saw a 30% increase in total adoptions.

Buchwald reports that the absence of a fee encourages multiple adoptions since an adopter might only have enough money to adopt one animal, not two. And although the promotion limits each adopter to two fee-waived cats, one adopter went home with three after she bonded with one cat and then fell for a second cat who was curled up with a different partner. Rather than give up either of the cats she'd fallen in love with or break up a pair, she decided to take all three. As Buchwald says, "Who could say no to that?" 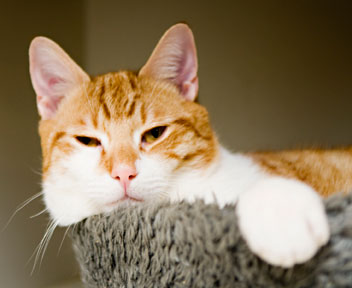 According to Buchwald, one of the big advantages of a fee-waived cat promotion is the opportunity to spark the media's interest. And when you have the media's attention, you have the opportunity to share the value of older cats, including the fact that adult cats are generally easier to care for than rambunctious juveniles, and they're often house-trained and accustomed to life in a home.

How to Make it Work for You

Buchwald stresses the importance of making sure there are enough animals available for adoption throughout the length of the promotion. The ASPCA's inaugural nine-day promotion proved to be too long. The demand was so high that the staff couldn't keep enough older cats on the floor. The next time around, the fee-waived promotion took place for four days over two weekends.

The Adoption Center staff put heart-shaped sticky notes saying "I'm Free!"‖on the cage cards of all the cats included in the promotion. Cats with special needs – those needing medical care or a little extra TLC – were identified with double hearts. In addition, people entering the center were given a flier explaining how the promotion worked.

The Adoption Center appointed one person to call everyone who adopted a Free Over Three cat. The calls gave the staff a chance to connect with adopters and confirm that the homes were indeed good ones.

Read how to get started with fee-waived adoptions and watch the recording of our webinar Fee-waived Cats 101. 10 Tips for Shooting Great Video of Your Shelter Animals

Looking for some quick tricks on producing sharp, professional videos to promote your services and shelter animals? Here are our top tips for high-quality video Use these five tips to help develop a strategic social media plan for campaigns like Adopt a Shelter Dog Month – and any time of the year! These seven tips may help you encourage potential adopters to consider adding an older, sernior pet to the family. 10 Tips for Being a Powerful Advocate for Pit Bulls

Discover 10 ways to advocate for pit bull-type dogs, including adoption campaigns and resources for adopters. The ASPCA is thrilled to be partnering with TikTok on an initiative that begins August 16, 2019.