Over at Santa Fe Animal Shelter and Humane Society (SFAS), Santa traded in his sleigh for a van so he could deliver pets to their new homes on Christmas Eve.

The New Mexico agency has found that encouraging supporters to give pets as gifts has allowed them to get out in the community and promote a really positive image for the shelter. This special delivery program, which SFAS has been running for the past two holiday seasons, has met with great success. "It has received excellent PR and generated a lot of positive word-of-mouth feedback about our shelter, which helps drive total adoptions," says Dylan Moore, SFAS adoption manager.

Moore had joked to his supervisors that if they got him a Santa costume, he'd drive around and drop off puppies and kittens. Well, who could resist an idea like that? 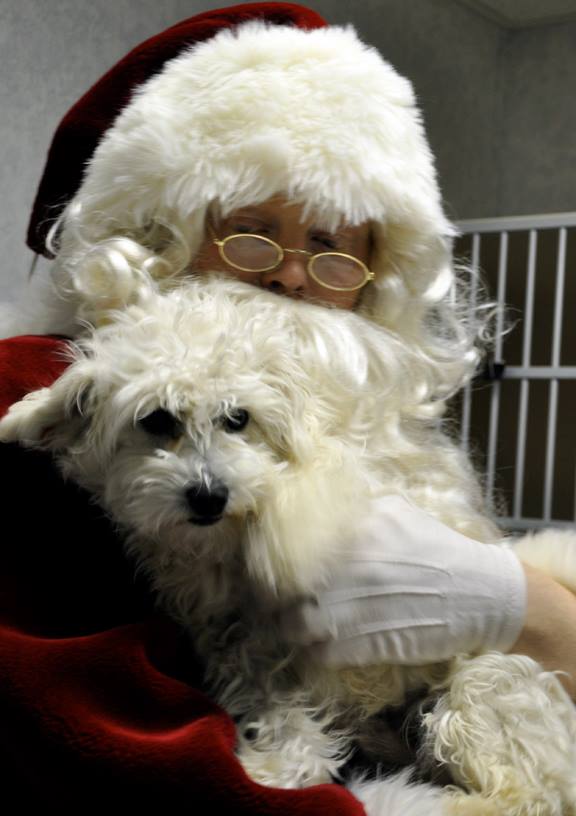 Those who are giving pets to a loved one follow SFAS' standard adoption process – a short demographic survey and a conversation about pet experience and expectations. They then select an animal for a lucky recipient, often a significant other or a child; sometimes parents pretend to be window shopping with their kids.

Once an animal is selected, a note is made in the SFAS database with a delivery time, location, and the giver's contact information in case scheduling conflicts arise.

"We give people as many time options as possible, but we do all deliveries on Christmas Eve," says Moore. On delivery day Moore and a volunteer elf get dressed, load the animals, drive to each location and spend 30-45 minutes there.

Largely because of photo ops featuring families with cute animals and Santa, a program like this has enormous media potential. SFAS promotes the program on social media, in newspapers and with flyers around town. 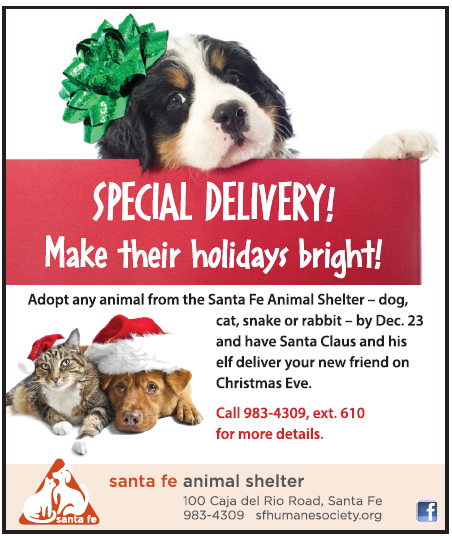 Moore says that this year promotions will start sooner – as early as Black Friday. "Advertise heavily, and don't expect it to be an income stream, but a PR stream," he advises. "We have been an above-the-fold front page story both years, with a huge picture of an adorable puppy. At least in our fairly small town, you can't buy that kind of publicity."

Moore adds that there's been great feedback on Facebook, where last year the shelter posted a photo album of Santa getting ready.

The Premise of Pets as Gifts

Moore is trying to change the perspective of many in the sheltering world that pets as gifts are considered less valuable. "Closing the door on a potential adoption is as counterproductive an activity as I can imagine," he says. One common misconception is a high return rate for surprise pets, but none of the animals who have been adopted as gifts from SFAS – that includes for birthdays – have been returned.

In fact, Moore has seen an increase in adoptions directly after the special delivery program, which he attributes to the positive publicity the program garnered: "Looking at our adoptions for January (the month after the delivery and the news stories), we saw a 5.5% bump the first year (compared to the year before when we didn't do it) and a 30.4% jump the second year we did it."

Christmas isn't the only time of year to try a pet delivery program. Consider it for birthdays, Mother's Day, Father's Day, Christmas in July – you get the idea. "A dozen roses and a new puppy would be cute for Valentine’s Day," Moore says. "I don't know that I would volunteer to be the one dressing up like Cupid, though."

Read the ASPCA research about Pets as Gifts

Watch a free webinar on Pets as Gifts Take these steps to review and refresh adoption marketing to find placement for longer-stay shelter animals. Learn how your animal shelter can use QR codes to increase adoptions and manage your operations more efficiently. Download tips to help foster and adoptive families with kitten-care advice for trimming nails, riding in carriers, and socialization.